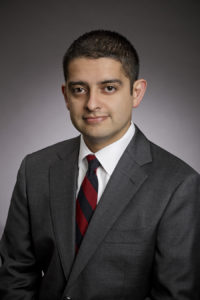 HOUSTON (April 19, 2017) – For the second year in a row, a Lone Star College executive was named in the Houston Business Journal’s annual 40 under 40 award list, which recognizes outstanding individuals for their leadership, community involvement and ability to overcome challenges.

“Lone Star College is honored to have so many outstanding employees,” said Stephen C. Head, Ph.D., LSC chancellor. “I am very proud of their accomplishments and look forward to continuing to work with them to promote student success.”

In addition to Olenick and Castillo being recognized by HBJ, Linda Leto Head, LSC associate vice chancellor, Workforce Education and Corporate Partnerships, was recently named as one of “Houston’s 50 Most Influential Women of 2016” by Houston Women Magazine.

Prior to joining LSC, Olenick served as the city of Houston deputy director of finance. Olenick received a B.A in Economics from Oswego State University of New York, an M.A. in Economics from Boston University and holds the Chartered Financial Analyst designation. Olenick has also taught Macro and Microeconomics at Lone Star College as an adjunct instructor since 2008.

Before joining LSC in August 2015, Castillo was a partner at Monty & Ramirez LLP, a firm that focuses on the representation of public and private-sector employers in matters involving employment, labor and immigration compliance issues. Castillo received a B.A. in Government at the University of Texas at Austin before earning his J.D. at the Maurer School of Law at Indiana University in Bloomington.

She serves as the chair of The Woodlands Chamber of Commerce Board, and is past president for the National Association for Continuing Education and Training Board, an appointee to the American Association of Community Colleges Commission for Workforce and Economic Development and Greater Houston Partnership and UpSkill Houston committee member.

Winners of the 40 under 40 award are featured in the Houston Business Journal and are recognized during a special event. This year’s celebration will be held June 1, at the House of Blues.